(CNN)Thoughts and prayers. Promises of “never again.” They are not enough. Seven years after ISIS committed genocide against the Yazidi community, my ethno-religious minority, in Iraq, hundreds of thousands of people remain internally displaced and more than 2,800 women and children remain missing. Shelter, clean water, health care and education are luxuries, if available at all. 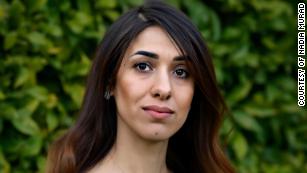 Nadia Murad
Those of us who were there — who ran for our lives to the protection of Mount Sinjar, who heard the gunshots as men and older women were shot and dumped into mass graves, and who, like me, were sold into sexual slavery — cannot forget what happened or how the world ignored our cries for help.
After escaping from my ISIS captors, I lived in a camp alongside hundreds of Yazidis. I felt the raw humiliation of residing in makeshift tents without privacy, work, or education. I saw these conditions erode our traditions, our way of life, and our communal ties. During that time, I imagined my life swallowed up by a statistic — becoming one of the millions of displaced people who live, on average, 10-20 years in a camp. 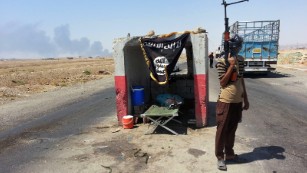 ISIS Fast Facts
Today, much of my family still lives in that same cramped caravan. My niece has never known life outside the camp. When I visit family, the space between us is emptied by an overwhelming silence. We do not need to utter a single sound to communicate our shared sorrow. I can see the pain clearly in their eyes.
The questions that nag at me day in and day out are: Why will the world not act? What do the Iraqi government and international community hope to gain from ignoring our homeland’s redevelopment, deprioritizing accountability and relegating Yazidis to life in displacement?
Seven years later, the Yazidi community’s struggle for survival is still largely ignored. There have been no multilateral search and rescue efforts for the missing women and children. Around 80 mass graves lie unexhumed around Sinjar, the Yazidi homeland where ISIS carried out its genocide. Neither Iraqi national nor international courts have established proceedings to try ISIS criminals for genocide and sexual violence. 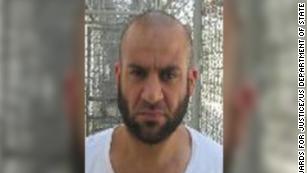 UN report warns ISIS is reasserting under new leader believed to be behind Yazidi genocide
Regardless of the rationale, the results are clear. ISIS has come one step closer to accomplishing its goal of preventing Yazidis from living in our homeland with dignity. Seeing this, other terrorist groups and oppressive regimes can only be encouraged to commit genocide and sexual violence, knowing that they will not be held accountable.
Governments and international institutions take the easy way out time and time again. They formulate promises and claim to resolve territorial disputes. For instance, under the Sinjar Agreement, concluded in October, Iraq’s federal government and Kurdish regional authorities agreed to stabilize local governance and security. But they don’t follow through with steps as easy as appointing a local mayor.
The United Nations collects evidence of the atrocities through its Investigative Team to Promote Accountability for Crimes Committed by Da’esh/ISIS (UNITAD), formed in 2018. But the UN stops short of referring the case to the International Criminal Court or establishing a court by treaty for prosecuting ISIS’ crimes against humanity. It funds short-term aid to displacement camps instead of investing in sustainably rebuilding Sinjar. 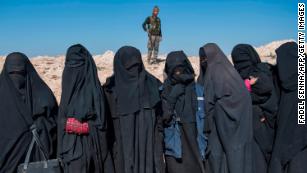 Yazidis are one of many communities that live in limbo. Yet, in our situation resolution is within reach. We need not wait on the luck of being resettled in another country. The majority of Yazidis are internally displaced within Iraq, mere hours away from their homes but without the resources to rebuild them.
The Sinjar Agreement and UNITAD’s evidence collection would make significant differences in the daily lives of Yazidis if they were acted upon — if those in power cared enough to extend a helping hand.
With every shortcut taken by national and international authorities, the road to recovery for my community becomes longer and more dangerous. Is seven years not long enough? There are no shortcuts available to Yazidis — no way to truncate our trauma. But still, we have not given up.
We do not want your pity. We want the international community to take responsibility for protecting the basic rights of Yazidis by investing in Sinjar’s redevelopment and holding ISIS accountable. Next year, let me not have to once again condemn the response to the Yazidi genocide. Let this coming year be one of action. Learn about Nadia’s Initiative here.